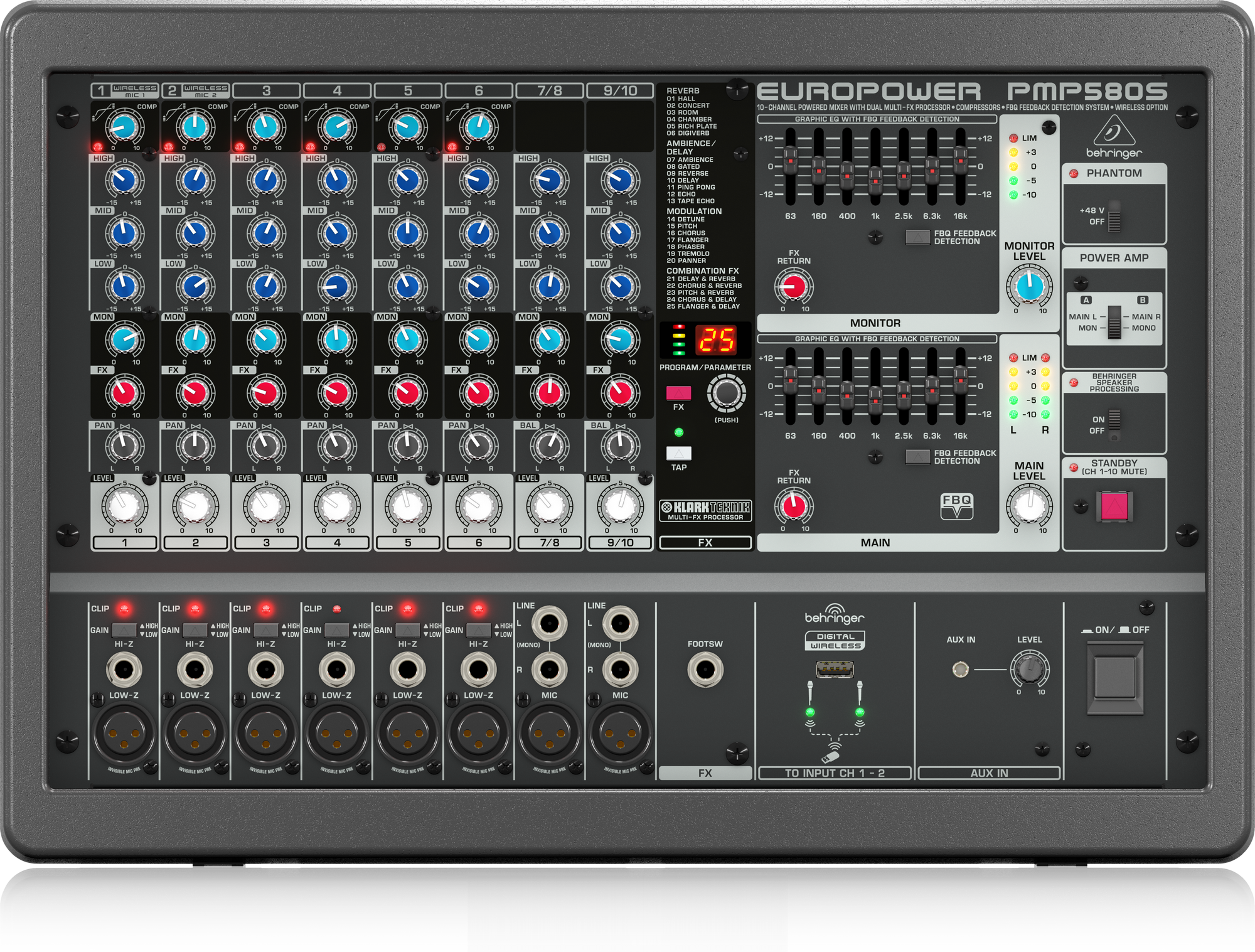 You're ready to run the show with the Behringer Europower PMP580S powered mixer with effects. This stereo 500 watt powered mixer gives you 10 channels with mic pres, and the last two channels also accept stereo line inputs. The built-in FX processor gives you 25 effects presets including delays, reverbs, chorus, and more. We've seen a lot of powered mixers at Sweetwater, and we're impressed with the PMP580S's feature set - in addition to the effects you also get a 3-band EQ on each channel, and a 7-band graphic EQ with FBQ feedback detection. If you want a powered mixer that makes a sonic impact, check out the Behringer PMP580S powered mixer with effects.

The PMP580S sports a built-in FX processor featuring 25 effects presets. You get a whole slew of delays, reverbs, modulations, pitch-shifters, and multi-FX to spice up your sound. Add a hint of reverb and delay to vocals, or a lush chorus to your acoustic guitar. The PMP580S's 24-bit digital effects add a professional touch to any performance.

Thanks to the revolutionary Class D technology with "near-zero" thermal buildup, the lightweight PMP580S runs very cool, no more massive heat sinks or toroid transformers. We've been impressed with the punch and clarity of this Class D power amp at Sweetwater, and we're sure your band will be too.

The 7-band graphic EQ on the PMP580S features Behringer's FBQ feedback detection system to help you sound your best. When feedback occurs, LEDs on the EQ sliders light up - just turn down the slider with the brightest LED, and you've turned down the offending frequency. It's a great problem solver if you have to mix and perform at the same time, taking the guesswork out of eliminating feedback.