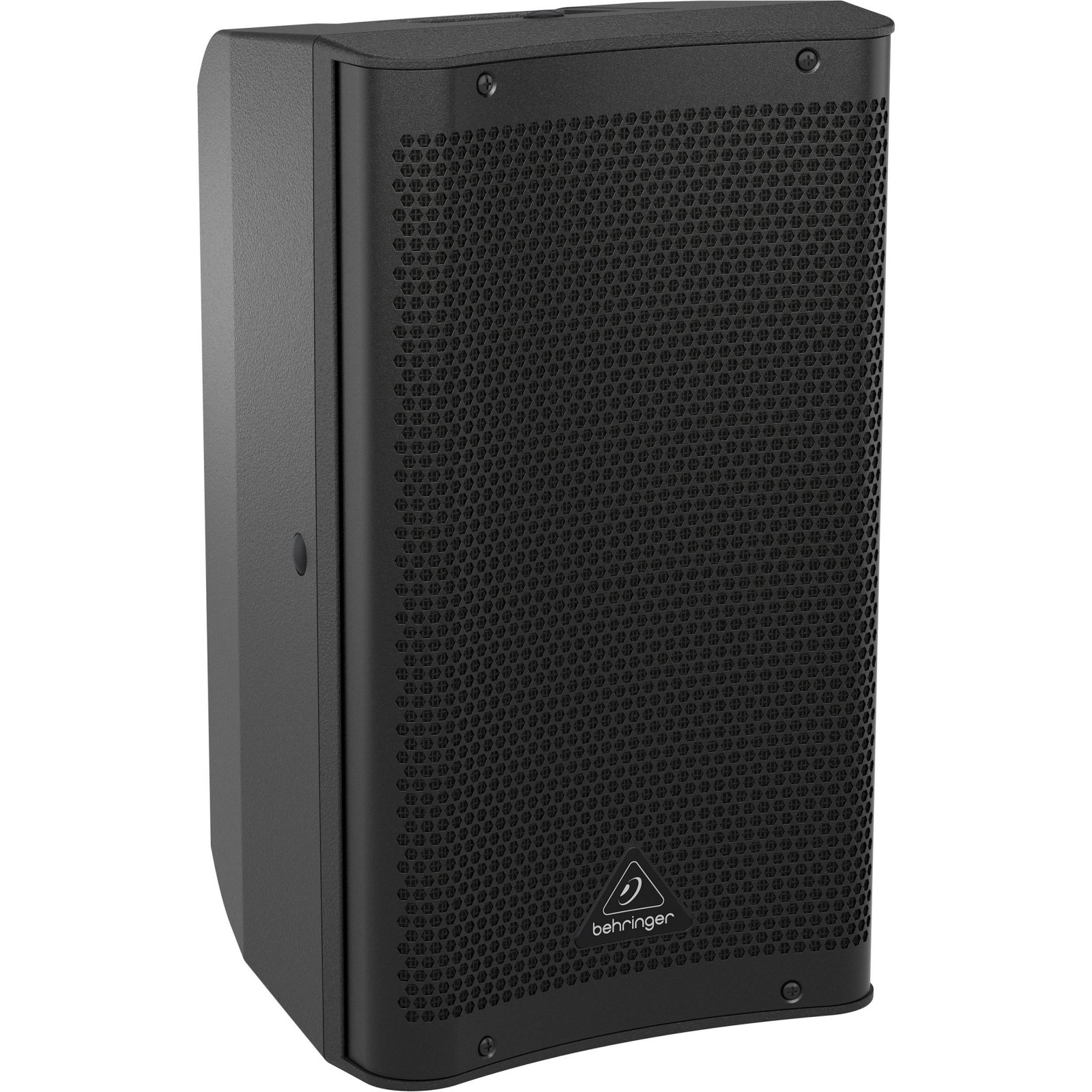 The Behringer DR110DSP is an active 2-way 1000W 10" portable speaker system with DSP and an integrated two-channel mixer well suited for live sound reinforcement and playback systems. The ultracompact and lightweight enclosure features a 35mm pole cup and can also be deployed on its side and used as a floor monitor.

A Class-AB amplifier powers the 1.35" compression driver, while an efficient Class-D amplifier powers the 10" long-excursion woofer which combine for a frequency response of 55 Hz to 19 kHz with a maximum SPL of 132 dB. The mixer features two independent combo XLR-1/4" mic/line inputs and a 3.5mm TRS auxiliary input for integrated audio from a portable music player. The DR110DSP also features built-in Bluetooth for wireless audio streaming from compatible devices such as phones, tablets, and computers.

The integrated DSP offers a 3-band EQ, four factory sound presets (Music, Live, Speech, and DJ/Club), and a low-cut filter with selections for 80, 100, 120, or 150 Hz. An additional XLR output is provided for daisy-chaining to other speaker systems. The Behringer DR110DSP ships with a standard IEC power cord.