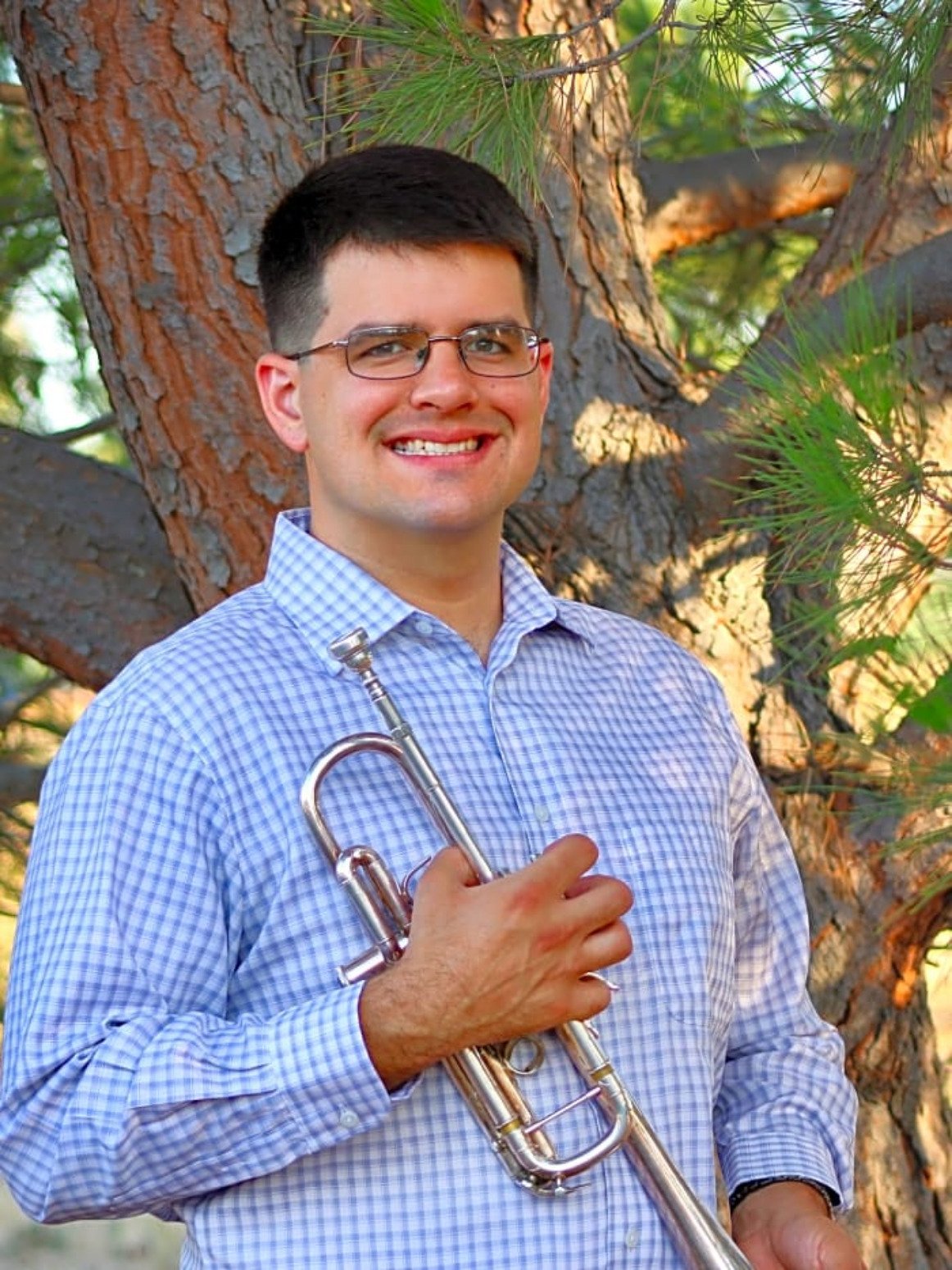 Trumpet
Alan Matteri is from Benicia, CA and began playing the trumpet at the age of 11 through the Benicia Middle and High School Band programs, from which he graduated in 2008. Alan is a 2013 graduate of California State University - East Bay in Hayward, CA, where he earned a Bachelor of Arts degree in Music with Magna Cum Laude Honors. He then immediately began to teach private lessons regularly in the Bay Area and freelance with various orchestras, chamber ensembles, broadway musicals, and in a professional funk band. In 2016, he received his Master of Music degree in Trumpet Performance from San Francisco Conservatory of Music. During his graduate studies, he taught weekly at Hopkins Jr High School in Fremont, CA as a trumpet section coach. His trumpet teachers include Ronald Blais (The USAF Band - Washington D.C.), Jeff Biancalana (SF Symphony), Adam Luftman (SF Opera & Ballet), Ray Riccomini (Metropolitan Opera), and Ray Mase (Juilliard & American Brass Quintet). Alan’s primary focus is in classical performance, but has lots of experience in jazz and other styles of commercial music. Since 2012, Alan has performed with the Modesto, Vallejo, & Merced Symphonies, Livermore Valley Opera, and was runner-up for the principal trumpet position of the Fresno Philharmonic. In 2015, he attended the Roundtop Music Festival in Roundtop, Texas, and the following year he earned a spot on the sub list for the New World Symphony after attending the prestigious Aspen Music Festival in Aspen, Colorado. He has also served as an extra musician for the Philharmonia Orchestra of London and worked on recording projects for Sony Interactive Entertainment in San Mateo, CA. In 2016, he won an audition with the U.S. Air Force Band of the Golden West. As an Air Force musician, Alan has shared the stage with world renowned artists like Pentatonix, The Go-Gos, and Nile Rogers & CHIC. In addition, he has made an appearance on the ESPN Monday Night Football halftime show for the San Francisco 49ers and had been featured as a soloist with the LA Philharmonic. Since joining the Air Force, Alan has been able to continue freelancing throughout the Bay Area with groups like the Berkeley Symphony, Stockton Symphony, various theater companies, and in 2019 he won an audition for the Santa Cruz Symphony.